Spyridon Martinis Spettel, CEO of OW Ocean WINDS, holds a degree in Economics and Business Sciences from the Aristotle University, a Postgraduate Degree in Finance from CESMA, a full-time MBA from IEDE-Laureate University, an International Executive MBA from the IE Business School and took part in the Xynteo Executive Global Leadership Vanguard Program. He joined EDPR in 2008 where he led several business development departments across Europe. In 2016 he became Executive Operating Director for Europe, and a year later the Executive Business Initiatives Director. He currently holds a number of positions in the EDPR group, and is a member of the Executive Committee and Board of Directors, and is CDO of EDP Renováveis.

Grzegorz Gorski, COO of OW Ocean WINDS, has a Ph.D. in Environmental Engineering and has taken part in a number of executive education management programs at INSEAD and LBS. He is a lecturer at Politechnika Slaska, (Silesian Technical University) and was founder and CEO of CITEC Ltd, which he later sold to Tractebel, where he stayed for eight years. He later became the CEO of Electrabel Polska for six years. In 2012 he was appointed to Head Energy Operations in Central and Eastern Europe at GDF Suez. He was appointed Executive Vice-President of Innovation, Marketing and New Business at ENGIE in 2014. In 2017 he became Managing Director of Centralized Power Generation at ENGIE where he was responsible for the fleet management of +100GW of renewable and thermal power assets globally as well as capital allocation.

Estrella Martin Segurado is a graduate of psychology from Oviedo University and has an Executive MBA at IE Business School where she also took part in the Senior Management Program (IE). She has a Master’s Degree in Technical Occupational Health and Safety and more than 20 years’ experience in Human Resources with the EDP Group, where she worked in Lisbon and Madrid. In 2008, was appointed Global Human Resources Director at EDP Renováveis. She has been Chief People & Organization Officer at OW Ocean WINDS since March 2020.

Miguel Vega holds a degree in Chemical Engineering from Oviedo University and an MBA from the IE Business School. He joined EDP Renováveis in 2007 and has since held a number of positions in Planning and Control, M&A (both in Europe and the USA), and offshore wind business development. He has been Chief Business Development Officer at OW Ocean WINDS since March 2020.

Oscar has more than 10 years’ experience in offshore wind energy and more than 15 in negotiation positions. He has a strong technical and commercial background. During his career he has achieved strong credibility in in delivering and executing contracting strategies and partnerships with supply chain, business insight and commercial resolution. As Project Director for Moray East, taking the project to a CfD award and financial close, he added strong project management capabilities and a profound knowledge of the entire offshore wind value chain, from development to equity and finance investors. He is an Aeronautical Engineer with an Executive MBA from the IE Business School and has been a part of the FIDIC group delivering the offshore wind FIDIC standard.

Active in the energy infrastructure sector for more than 20 years, Matteo has managed several European transactions at Edison Mission Energy and Babcock and Brown, holding lead roles in project finance, M&A and principal investment. He spent two-and-a-half years as the CFO of clean tech start-up, Highview Power Storage, before joining ENGIE in 2012. He headed ENGIE’s UK and Irish business development activities in the energy infrastructure space. Matteo holds a Degree in Business Administration from the Bocconi University, Milan. This website uses own and third party cookies, for the purpose of making its use possible and the services therein, as well as to understand how the users interact with our Website. You may obtain further information on how to set your preferences here.

Subscribe to our newsletter to keep up to date with all the latest developments. 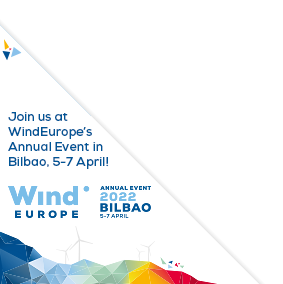 This website uses own and third party cookies, for the purpose of making its use possible and the services therein, as well as to understand how the users interact with our Website

Strictly necessary cookies should be enabled at all times. They help us make our website usable, enabling you to move around the site and use its features.

If you disable this cookie, we will not be able to save your preferences. This means that every time you visit this website you will need to enable or disable cookies again.

Please enable Strictly Necessary Cookies first so that we can save your preferences!